Last night as we sat down to dinner (bruschetta,  spaggettini al forno, apple cake and cream), my husband who is in charge of the music department put on a CD of Handel’s Ariodante. As a beautiful mezzo-soprano voice rang out he said ‘that’s Dame Janet Baker.’ We both smiled fondly. We first met during a production of Werther at the English National Opera in which Dame Janet sang Charlotte, the female lead. She was a lovely person, charming to us mere plebs, even asking once if we  minded if she joined us as we sat chatting in the wings. But my principal memory of that production (apart from meeting the love of my life) happened about halfway through the run.

For some reason that now escapes me, the male lead had to leave to take up another engagement. That kind of thing happens a lot in opera. I happened to be standing next to the tenor who took his place on his first night in the role. I noticed that sweat was streaming down his face and he was shaking from head to foot. He glanced round and said in a desperately jokey way ‘It would help if I could remember the words.’ ‘Oh you’ll be fine,’ I assured him and he was so nervous that he seemed grateful even for my encouragement. I remember thinking , as he squared his shoulders and strode onto the stage, it was one of bravest things I’d ever seen.

I remarked to my husband over dinner that it was just like the ‘actors’ dream.’ I don’t know an actor who doesn’t have ‘the dream,’ although it takes slightly different forms of course. It is very obviously an anxiety dream and is usually recurrent. In my version I know I have to be on stage because my cue has been given. The only problem is that I can’t find my way. I run up and down stairways, along deserted passages, down into huge cavernous basements. I know it can’t be far away because I can hear voices and see the lights but I can never get there.

In my husband’s dream he, like the poor tenor, can’t remember his words but he knows that he will be okay if he can just look at the book (actor-speak for the script or prompt copy.) He wanders all over the theatre vainly searching for the book, asking everyone he meets if they have it, but no one does.

I wonder if other professions have their own particular dream. Do pilots wake in a cold-sweat because they can’t land their plane, or do surgeons dream they have killed all their patients? I expect they do. But, funnily enough, I have never yet dreamed that I can’t finish a book or I’ve written a really boring blog post.

Talking of finishing a book; Midsummer Masquerade is almost finished. I have a gorgeous cover for it. As you can see, my next heroine is a redhead. Meet Miss Ophelia Pitt, an actress who, according to her director cannot act to save her life but ‘she puts bums on seats, Laddie, bums on seats!’ 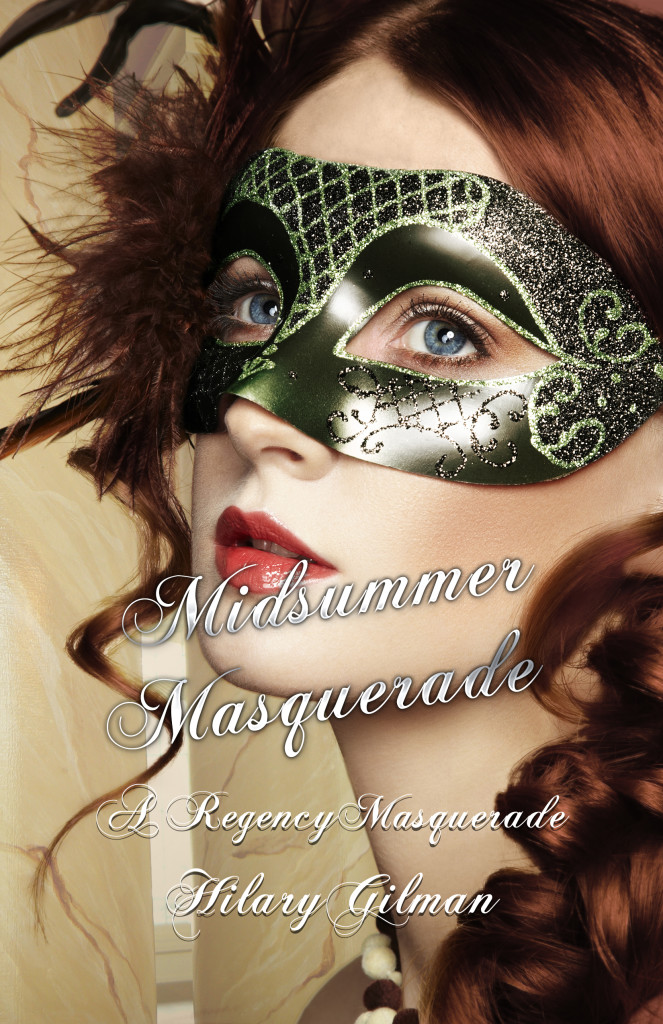