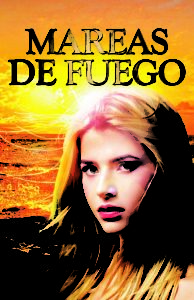 Well, this is fun! A Spanish translation of Tides of Fire Book I: The Rebellion, or as we prefer to call it Mareas de Fuego Libro 1: La Rebelión is now available in paperback on Amazon. The e-book seems to be delayed. However, it is available on Apple, Barnes and Noble, Kobo and Scribd.

It was translated by a lovely young lady from Chile, which sounds like the first line of a limerick, and, although I don’t speak Spanish, I am told that the translation is very good. She was certainly great to work with.

So, if you have a Spanish speaking friend or relative, with a liking for fantasy, please pass this on. Andrea is so excited about her translation, she deserves some sales.

I’m very happy to announce that Death Where Is Thy Sting? the first of my new Regency Mystery series Lady Cavendish Investigates is up on Amazon to buy or borrow for Amazon Prime readers. 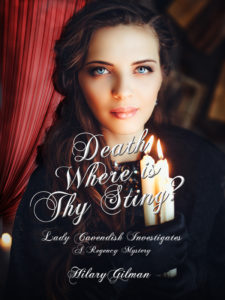 “Lady Cavendish Investigates” is a new series of Regency mysteries continuing the adventures of Cecily and Dominic Cavendish (“The Captured Heart”).

Cecily and Dominic have been married for two years, the war with France is over, and Napoleon has been safely exiled to Saint Helena. Dominic now works for ‘the Minister’ in a secret government department, while Cecily is ripe for something exciting to do — such as investigating the strange occurrences at Coningsby Park.

Cecily’s old school friend, Isabella Rose, has married the Earl of Guisborough, whose first wife died in tragic circumstances.  Now, Isabella believes that the ghost of the first Lady Guisborough will not rest until the young bride is out of the way, or better yet — dead.

Amazon.com: Death Where Is Thy Sting?: A Regency Mystery (Lady Cavendish Investigates Book 1)

Amazon.uk: Death Where Is Thy Sting?: A Regency Mystery (Lady Cavendish Investigates Book 1)

Death Where Is Thy Sting? is on track to be published on Sunday, September 10, and so I’m offering the prequel The Captured Heart free for 4 days, beginning today. 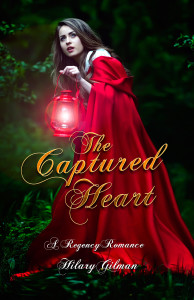 Cecily Danvers, poor, young and very pretty, seeks a position as a governess. Her qualifications for the post are limited—being merely a warm heart and a great deal of common-sense. Nothing can exceed her astonishment, therefore, when she is hired by a reclusive family as nursery-governess to little Lord Fanshawe at a salary three times higher than the situation merits.

Even more mysterious—Bobby Fanshawe must not walk outside the grounds without a stout male servant to guard him. Yet a child with a plethora of unmarried—and attractive—uncles surely should not be in need of any other protection than theirs.

Cecily finds her new home on the wild Lincolnshire coast a source of romance, mystery, danger and, eventually, a passionate love. But the man her heart clings to is surrounded by suspicion and scandal—is she right to trust him when a child’s safety is at stake?

My goodness it has been a long time since my last post. However, I do have the best excuse in the world. My younger son was married in July and I my entire focus, pre-wedding, was to support the young couple and to get in shape and look as good as possible in the wedding photos. Yes, I’m that vain! To help motivate me I went wedding-outfit shopping in January and bought a gorgeous dress , two sizes too small. I then spent the next five months getting fit enough to wear it. And I did it! Yeah! It was a beautiful wedding. People may moan about ‘millennials’ but the 70 or so young people who gathered to help my son and his bride celebrate their wedding day were the loveliest, funniest, most polite and thoroughly charming group of people I have ever enjoyed a day with.

Since we came back from London I have been working hard on the first book of my new series Lady Cavendish Investigates.  This series had its genesis when my editor was working on The Captured Heart, the fifth in my Loving Hearts series. He suggested that I could write a series about the leading characters, Cecily and Dominic, who investigate a murder while falling in love. ‘A Regency Tommy and Tuppence.’ was how he put it. And so, since I’ve always loved murder mysteries, and historical murder mysteries especially, I’ve taken his advice and the result is Death Where Is Thy Sting: A Regency Mystery. As the book opens, Cecily and Dominic have been married for two years, the war with France is over and Napoleon safely deposited on Saint Helena. Dominic is working for ‘the Minister’ in a secret government department, and Cecily is ripe for something exciting to do – such as investigating the strange occurrences at Coningsby Park!

The final stages are underway and barring the unforeseen, the book should be published next weekend.