The quantifiable correlation between sunshine and writer’s block

Oh Good Grief! I have two manuscripts almost finished, my mermaid sequel is just at the ’round everything up in a fantastic finale stage’ and my lovely, clean, traditional Regency is finished and just at the editing stage which is usually the most fun. Yet all I can do is stare out of the window like a schoolgirl studying for her GCSEs. Why are they always in June anyway? Is there a month less conducive to diligent study? Exams should be in March with Christmas well out of the way and nothing else to do but read.

I’ve promised myself I will take the whole of August as a holiday from writing but I’m not sure I’ll make it until then.

My new Regency has a very long history. Mistaken Marriage was originally written 34 years ago as the third in a three book deal with my first publisher. However, in the meantime, I had obtained a much more lucrative contract with a New York publisher. I have to admit I rushed Mistaken Marriage a bit in order to fulfill my obligations in the UK and get on with the new book. Not unnaturally, my publisher rejected it. However, every now and again I’d pull it out and have another look. Last year I decided it had some merit and began to seriously rework the whole thing. It has now metamorphosed into The Foolish Heart, the hero and heroine are significantly older, and a tedious subplot has been removed.

Any reader who has studied the Regency will instantly recognise that my hero is based on Beau Brummell. Brummell fascinates me. Here is a man who not only led Society by the nose in his day, but the rules he laid down for gentlemen’s fashion are still followed all over the world in the 21st century. Although men’s sports and leisure wear has descended into a kind of permanent toddlerhood , for business and formal occasions men, from New York to Hong Kong, still dress according to his rules: black, dark blue, charcoal grey jackets with either self coloured trousers (the suit) or pale coloured trousers (smart casual).  I am only too well aware that his ruling on a clean shirt every day is still in force because, before I rebelled, I was doing laundry for the three males in my household who would all rather be dead than seen in the same shirt two days running.

Brummell wasn’t just a clothes horse. He was a very great wit, an artist and a poet. My hero, unfortunately for him, only has me to write his witty epithets and so, in that respect, he falls far short of his progenitor. I apologise to him and to my readers, but I did my best.

My heroine, I don’t apologise for. I think she is delightful and deserves her eventual happiness.

Much of my information on Beau Brummell comes from Ian Kelly’s marvelous book Beau Brummell, the Ultimate Dandy (US title: The Ultimate Man of Style). I highly recommend it to lovers of history, fashion and the Regency in particular.

The Tale of the Purple Velvet Hotpants

Sensory memory is a very strange thing. A hot summer’s day, the scent of a unnamed flower and suddenly you are plunged back, not just to a time and place but to a very specific incident. In an instant you are somewhere else.  This happened to me today, and the somewhere else was a leafy square in Kensington. The year is 1970.

I was a drama student at one of London’s most famous drama schools. There were ten of us in my term, one of whom I was visiting that day in her bedsit (sorry, now called studio) flat. Patricia (not her real name) was only three years older than me but in experience, sophistication and worldly knowledge she was light-years ahead. She took me under her wing, for which I was not particularly grateful. Patrica was a Marianne Faithful type beauty. Waif-like, wistful, sensitive. She had cascades of auburn curls, like a girl in a pre-raphaelite painting. Patricia made no secret of the fact that she was bi-sexual, but there was never any romantic feeling between us. I was wildly in love with a succession of fellow, male, drama students throughout our friendship. 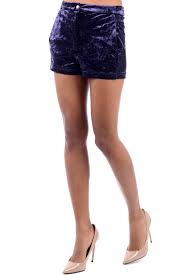 That hot, cloudless, still afternoon I arrived at her flat for tea to find her in the middle of an argument with her  ex-girlfriend. I’ll call her Jaime. Jaime was a tough-talking, wiry, boyish mixed-race girl, but even I, inexperienced though I was, could see that she was by far the more vulnerable of the two. It transpired that Patricia had demanded that Jaime return a certain pair of purple velvet hotpants that Patricia had lent to her. Jaime was holding them firmly to her chest and refusing to return them, insisting that they had been a gift. Suddenly, she turned to me and said, ‘I don’t want them but I’m not giving them back to you. I’m giving them to Hilary!’ She handed them to me. I reached out  to take them but not quickly enough because Patricia snatched them away from me. ‘No you’re not! I’m giving them to Hilary!’ she shouted. Once more the hotpants were proffered to me and once more they were snatched away. Patricia made another grab for them, Jaime clung on like a limpet. I could see my lovely hotpants in danger of being torn in two like the baby in the Old Testament wisdom of Solomon story. Brave as a lion (I really lusted after those hotpants) I nipped forward and grabbed them. After that it all  rather degenerated into a lot of slapping, hair-pulling and name calling. I remember shouting to Patricia, ‘shall I call the police?’ They both stopped fighting long enough to look at me with derision. ‘You don’t think the cops are going to come out to a fight between two lesbians do you?’ After that they didn’t seem to want to continue. Jaime slammed out of the room and Patricia put the kettle on. But I had my hotpants!

Well, I was very encouraged by the result of the sale on Merry Masquerade so I’m giving Moonlight Masquerade a shot. It will be on sale from today June 6 (my birthday by the way) until July 5.

Moonlight Masquerade was quite well received when it came out although I have a reader in the US who was rather upset by my heroine’s behaviour. She thought that Merry treated Hawkwood most unkindly, punishing him “very badly” for his various transgressions. Well,  I think she is paying me an wonderful compliment by being involved enough in the story to actually care about Hawkwood’s feelings and to be angry with Merry on his behalf. But, you know, I think he deserved every bit of  it, the arrogant SOB. But then we Regency readers and writers like our hero to be an arrogant SOB, don’t we? Especially when he wears his dark hair in a fashionable Brutus, has an excellent leg for skin-tight yellow pantaloons, is a dab hand at fisticuffs and brings a lady to swooning point with his kisses.

Another reviewer in the UK called this a historical RomCom and  I think that’s an excellent description. I hope by putting it on sale Merry and Hawkwood’s story will reach even more readers.